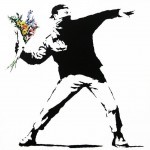 A 69-year-old man became the first person in Himachal, as well as the first Tibetan, to die of coronavirus. A total lockdown of McLeod Ganj is in force, in which no one is allowed to leave their houses.

I'm in India, self-isolating since last week. Have good food, a cat, and Internet, and good Web work to do. 🐱 😊

McLeod Ganj, a Himalayan village in northern India, is known as the abode of the Dalai Lama, and the headquarters of the Tibetans in exile. But the McLeod Ganj bus station has been closed for private buses since May last year.

Despite the coronavirus scare, Tibetans gathered together in McLeod Ganj for the most important annual Tibetan event, marking the Tibetan uprising of 10 March 1959 against the invading Chinese.

Today Tibetans around the world commemorate the 61st National Uprising Day against the illegal occupation of Tibet by China in 1959.

The 1959 Tibetan uprising began on 10 March 1959, when a revolt erupted in Lhasa, the capital of Tibet, which had been under the effective control of the People's Republic of China since 1951.

China continues to insist that Tibetans are happy and prosperous -- but won’t allow journalists, tourists, or diplomats to see for themselves.