Also note the two background galaxies. They are approximately the same distance and size, yet the difference in MIRI is striking.

For comparison, here is what the Cartwheel #galaxy looked like when observed by #Hubble a decade and a half ago. The contrast between the smooth, older star population in the center and the frenzied star formation in the outer ring is even more striking here, as is the difference between the two background spirals in the upper left.

Notice also the difference in the number and brightness of background galaxies between the #Hubble and the #JWST observations! It's true what they said - with #JWST, every field is a deep field - there are no more "blank" patches of sky.

Finally, I love the funky colors of the background galaxies in the MIRI image, linked below. All these are infrared, of course, represented as visible colors. But it does show how different these galaxies look at these wavelengths; either because of their physical properties, their cosmological redshift, or both.

@thriveth Wow, G2 all but disappears in the MIRI image. Crazy!

@Kichae Funny enough, G2 is also practically absent in the far-UV with GALEX. I guess the star formation both produces some UV photons and heats some dust...

@thriveth It really speaks to how stripped of gas and dust G2 must be. Like, I know it's pretty intuitive from the optical -- it's smooth and orange, with no dust lanes or star forming areas -- but, I don't know, it just hits different when it becomes practically invisible.

@Kichae Agree. And it's spiral structure perhaps tricks a bit, I would probably be less surprised if it were an elliptical. I guess it must be fairly recently depleted...? 🤔

@thriveth A lot about G2 makes sense if we assume it's the remnant core of the object that plowed through the Cartwheel, but, IIRC, the dynamics of the system don't point to it as the culprit (Google points me to Horellou & Combes, 2001, who model the interaction and finger G3). That leaves me interpreting its "spiral arms" as the tail(s) of one of more galaxies that have been cannibalized by G2.

It almost makes me wonder if G2 is actually in the background by a substantial amount, and is just coincidentally aligned with the Cartwheel. Though it could just as easily be small and local to the system, and just gravitationally disturbed by the high speed, high mass interloper. My limited access to the literature isn't doing me any favours here.

@Kichae It makes sense to me if G3 was the interacting galaxy, it is a train wreck and forming stars like crazy. I doubt a galaxy would be so thoroughly stripped of gas after interaction with a gas rich system - I would imagine in such an interaction both objects would come out with a certain amount of gas, and sparked star formation?

I don't know enough about stellar dynamics to see if the merger of gas-poor ellipticals could lead to such a spiral structure, but it does look very pretty...

@Kichae I'm also wondering about the MIRI colors in the Cartwheel itself. I suppose blue is dust glow while the green/red represents molecular gas? Could make sense that there are dust lanes in the "hub and spokes", but mainly MCs out in the rim where all the star formation is happening...?

@thriveth I would, perhaps naively -- I haven't studied stellar dynamics or galactic interactions, either -- expect the gas to stay predominantly with the more massive body, but if G3 was dense enough, I guess it becomes the locally more massive body as it passes through.

The models I've seen tend to show the interloper as greatly diminished, though.

Observations show that almost all of the gas in the Cartwheel has been thrown out into the outer ring. The spokes are mostly made up of the pre-collision stellar population and silicate dust. That seems to jive with your intuition of the colours -- the blue spokes are thermal emissions from dust clouds, I assume heated by the nearby stars. 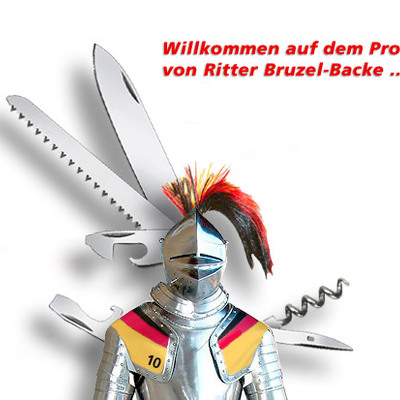