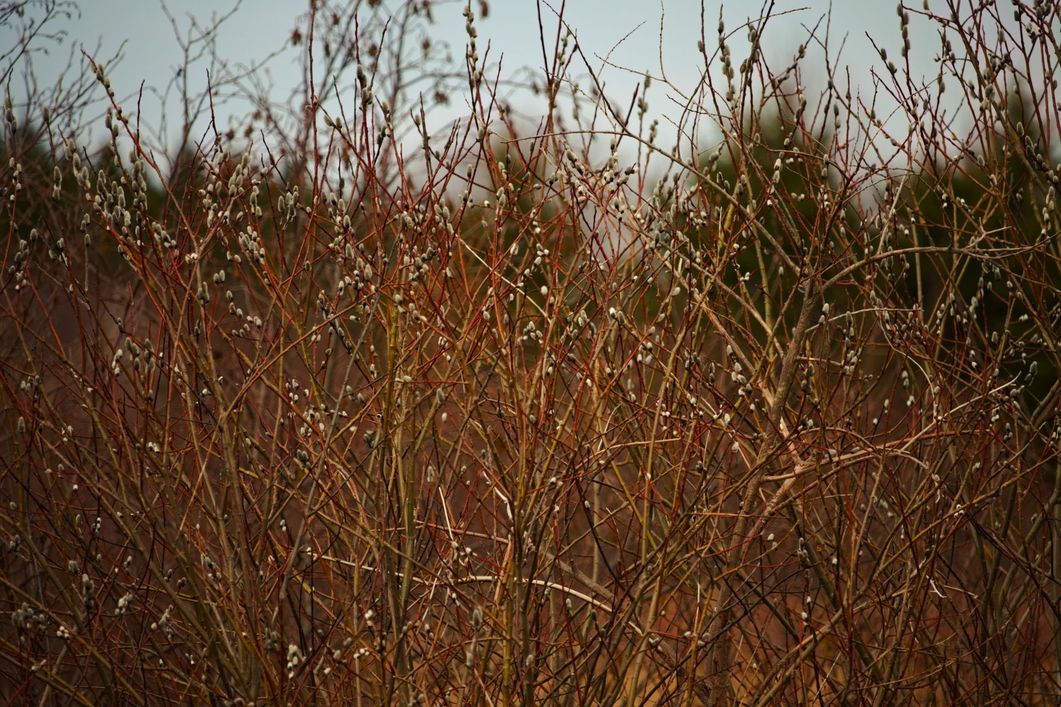 Data Analyst, Astronomer, and Bunny Parent with all the privileges in Halifax, Nova Scotia

I've seen lots of cats and dogs the last couple of days, but precious few rabbits. I'm going to, for a brief, shining, second remedy that. Here we have Benjamin (grey) and Daisy (white).

Reminder: none of the rights you have as a person were won through peaceful means.

I'm preparing for a technical interview next week, and suddenly I'm all like "what even is a p-value?" and "chi-what test?" It's like my brain just throws all this stuff in the trash after 6 months on the job.

I went camping and hiking last week. Nothing too strenuous, but I haven't been since the pandemic started. By the time my trip was over, I was exhausted.

Last night, I played a 2.5h softball game. We were shorthanded, and just chasing balls down all game.

I don't think I know my own name anymore.

I have more games on Thursday and Friday evenings. I wonder if I'll even survive the week.

Ooo, birdsite's board approved the sale to Elon. Gonna go fetch me some kettle corn.

We'll also get to watch more and more satellite pollution enter our images every semester as SpaceX continues to launch dozens of new Starlinks every week or two, and other companies get into the game.

That part is going to be super depressing. It will mean we can do less science with the same amount of taxpayer-funded time, while private companies profit from polluting the sky

It's official! I'm co-leading a HUGE program on the Canada-France-Hawaii Telescope! ~50 nights of queue observing each semester for the next 4 semesters.

I feel like screaming!! But I'm not 100% sure if it's happiness, angst (oh dear lord how am I going to have time for this), guilt (soooo much past and ongoing colonialism with Maunakea telescopes), or some confusing combination of the 3.

Nothing grinds me down faster than having multiple people who outrank me telling me to do mutually exclusive things.

Man, I knew it was going to be a rough day when the project I pushed out the door at the 11th hour right before going on vacation was booked for "validation" my first day back.

Turns out "look under every stone" and "wrap this up already" are weirdly incompatible notions.

Looking in the opposite direction, you're confronted with the boardwalk, which, on nice days this time of year, is usually teaming with people out for a walk, or looking to grab something to eat. And, of course, there are the tourists. #Halifax sees hundreds of thousands of visitors from cruise ships alone, and those ships dock at the far end of the boardwalk.

Downtown #Halifax can be an interesting place. As the provincial capital of #NovaScotia, it has a long history as a government town. As the largest city in Atlantic #Canada, it's the local centre of banking and commerce. And with one of the largest, deepest ice-free harbours in the world, it's been a busy port for as long as it's existed. This mixed history and geography means that mere steps from towers containing thousands of residences and businesses, you can see things like this: The Georges Island Lighthouse.

George's Island has a checkered history. On the far side of it lies Fort Charlotte, an isolated fortress where, in the 1750s, French Acadians were held prisoner while being forcefully removed from their homes and farms after refusing to swear allegiance to the King of England. Over 11,000 people were expelled from their homes; almost half of them died in the process.

The original lighthouse was builtin 1876. The current one, pictured, was built in 1917.

My step-son is inconsolable right now because he lost a pack of rockets (known as smarties in the US). My partner let him know that he could go l get candy this weekend, and the phrase "nothing as good as those rockets!" passes through his lips.

I say this as someone who has always loved rockets, and will defend them to the death: Seriously? They're flavoured chalk.

I follow several European landscape photographers on YouTube, and I love golden hour forest photography they've been doing this spring.

So, I went out tonight as the sun was getting low, hoping to find some flowers on the forest floor that were in the light, only to discover that I didn't have an appreciation for how sparse some of those European forests are.

Nothing even resembling direct sunlight was reaching the ground.

Got some moody shots that I hope turned out, though.

Update: The lawncare folks mowed down my strawberry flowers again 😔

Looking forward to moving to the countryside and mowing my own damn lawn.

Damn the condo board and their irrational hatred of dandelions.

The northern flicker is an interesting woodpecker. Unlike most of its cousins, and its namesake behaviour, it primarily forages for insects by pecking the ground, not wood.

#NovaScotia -- and really all of #Canada, save for the southernmost tip of #Ontario, lies the northern flicker's summer nesting range, so their arrival is one of the many signs of spring in the area. They like to nest in wooded areas that are near clearings, for easy access to ground insects. This one's been visiting my back yard practically daily since the end of April.

I love when the dandelions and strawberry flowers bloom. Maybe our condo's lawn care folks will actually let the strawberries grow this year!

My wife's going to Ireland in July, and I've been looking for a backup/travel camera so she can take one with her. Plus, I use my DSLR as a webcam for work, too, which makes it a bit of a PITA to drag out on weekdays.

I've been eyeing up Fujifilm. There was a Fujifilm X-T20 up on eBay for a good price, but I hesitated on pulling the trigger because there was one listed locally that included a lens that I wanted, itself very reasonably priced. Unfortunately, while waiting for the local seller to get back to me, the device on eBay sold. Then the local ad disappeared, likely because it had already sold and the seller failed to take the ad down until I reached out about it.

Ugh. Now I have to sit and wait and hope to find something to pounce on. Maybe I'll see something crop up for a good price after the X-Summit st the end of the month.

The black-capped chickadee is common in the trees and shrubs of #NovaScotia, and, indeed, throughout most of #Canada and the northern #UnitedStates. It's range spans from the Atlantic to the Pacific, and from #Alaska to #Oklahoma, though "range" here refers more to the area they can be found in, and not how far they travel (black-capped chickadees are non-migratory).

Chickadees are bold and friendly birds, and are so willing to get near humans that they can sometimes be coaxed into feeding directly from the hand. They will visit bird feeders with no hesitation, and will lead other birds to them with the regularity of their visits.

This one was one of three that scoped out my seed pile on the wooded walking paths here in #Halifax.

Heidi White and Christina Nitsis (Dunlap/U of Toronto) are soft-launching Astrodigenous: a portal to support educators to find and appropriately, respectfully use materials on Indigenous astronomy.

They have a search tool+content tags! Amazing!

They have all their tools on github! github.com/heidiawhite/As…
(Even more amazing!!)

When I was a kid, baseball was at its peak popularity in Canada. The Blue Jays had put together several credible playoff contending years, culminating in back-to-back World Series victories, while the Expos were fielding increasingly competitive teams.

Then it all stopped.

The CBA came up for renegotiation, and the owners locked the players out. The owners successfully managed to paint the players as greedy and entitled, and baseball's popularity collapsed in the country.

I played many a little league game on this field, but in the years since, its use dwindled. It's long been reclaimed as a community soccer field. The only vestige of its former purpose is the slowly decaying backstop.

I spend a lot of time thinking about home. I miss home. I don't see my family nearly as much as I'd like, and there's less family to see with each passing year. But home was a time as much as it was a place, or people, and, some days, I miss that time dearly.

While my partner was off getting covid this weekend, I was out chasing goldfinches and woodpeckers and cardinals. Along the walk, there are some stones where people leave seed for the birds, and I stopped to see if I could get some good chickadee or junco shots (pics of all those birds coming over the next few days).

While I was waiting, I spotted some bees flying around the willow flowers. I've always wanted to have something to post to r/beebutts, so I started leaning on that shutter button like mad. I was rewarded with these two surprising shots.

I hadn't even noticed the #ants, but they seem to be taking some issue with the #bumblebee visiting their flowers.

Data Analyst, Astronomer, and Bunny Parent with all the privileges in Halifax, Nova Scotia 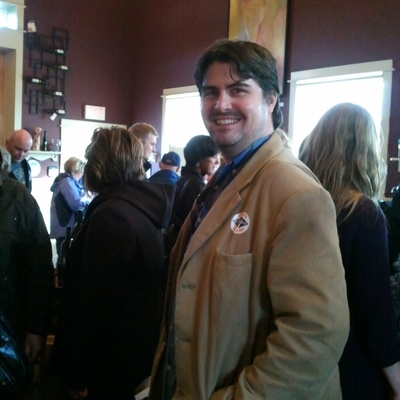