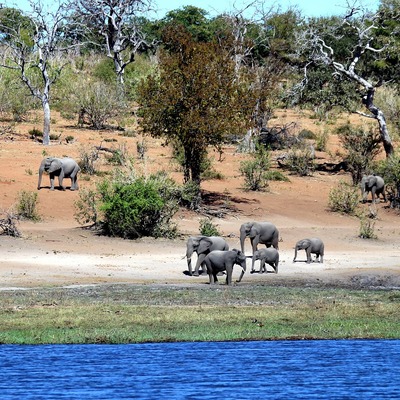 I have seen Ukraine has started recruiting children soldiers, this is bad idea and Child Abuse, in #Africa we have already enough children soldiers, Democratic Republic of Congo and South Sudan leading, it doesn't end well for the young ones whether injured or not, most of them who are active in front line combat don't make it alive.

You know very well
this is wrong!

Testimonies of former child soldiers in the Democratic Republic of the #Congo | International Review of the Red Cross
http://international-review.icrc.org/articles/testimonies-former-child-soldiers-democratic-republic-congo

@JonathanMBR even in my lifetime when I was in high school in 1980s, UK ( a supposedly "civliised democratic" country) allowed you to leave school early and join the Army at 15,5 years, I think the UN and EU (possibly both) managed to get a stop put to this in early 1990s after the Cold War ended. Also things which seemed "cool" like being allowed to drive a small truck/lorry/bus on your normal driving licence (which stopped in late 1990s) were only there in case conscription got reintroduced..

@JonathanMBR This is a strange feeling for me (slightly unknown feeling) about this. Probably because it's mixed it's 'strange'....

Some clashes of ideas and exceptions perhaps... Help me softly if you can....

the whole business of banks and what guns need to be made (mostly the will of people to defend themselves or rob others---- > such a fine line!)

Thanks for sticking with me on this rather than opposing.

So I'm trying to find my own logic here which you can help really thinking *with* me because *I don't know it myself* and I'm not 100% set in anything...

So just to start the ball of thought rolling this is a quick layout of my thinking.... something like this

but adults have them anyway
so if that's ok then why not children especially IF < big if - if really you don't want to be conquered and really are looking to use 'human resources' and tech.. (and for example with men, women and children totally makes sense to have child as lookout and give gun for signal or warning shots at enemy - i.e. not needed to have big adults or special ops people for this =)

AND THEN in this onion skin or one layer this all might tie back to civilisation that you had to always defend territory... with guns or what they had then as their gun equivalent

( so don't take it totally about guns and still staying with me but it's like fighting for your life and fine line after you're successful etc... many levels in this onion skin

Education / respect is perhaps preferred but often doesn't work against other logic or 'stupid' people or professional bastards / robbers.
So since nothing beats guns (apart rom money above it as another onion skin... it currently and for a long time has no defence or education and being nice is short lived....

but if you do have an answer more than my own preference of education do let me know otherwise no need mention it too much - because I believe in education but I believe you need TEETH otherwise there is enough human nature for some people to try something or test it... People who are naturally (not their fault) like dogs hunting (I don't blame dogs it's easier for us to give them nice place and run then around to make them tired... but with humans I don't know how to manage their 'nature' truly in the same way )
People who never want education/sharing are not all bastards but supported by that system definitely pays them well for it (as any profit system but army of course has regular jobs)

As I see currently education, even in max power is not enough to oppose guns... unless really you can stop making of bullets or stop people just killing other people in general with other things even if primitive.or give them TV to watch.

the whole business of banks and what guns need to be made (mostly the will of people to defend themselves or rob others---- > such a fine line!)

Thanks for sticking with me on this rather than opposing, would appreciate it.